Parker, Small, and Moroder: Free your mind about music being correct 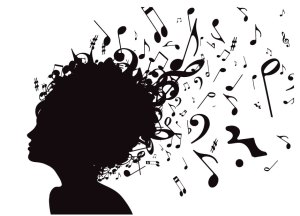 To borrow from free jazz bassist William Parker, we can think of music as “sound painting”: “A composer arranges sounds in a particular order, alternating between sound and silence. The result is a sound painting. Sound painting over a canvas of silence. The range, shape, and quality of the sounds used to make up a sound painting are limitless. Any sound that exists in the universe can be used in a sound painting” (26). Thinking of music as “sound painting” opens up music as a tool—even as its conscripted by major corporations—from the living organic world, for as Parker elaborates: “No one owns music, no one invented music, it existed before the human species was created and may have played a part in the creation of man and womankind. Music lives in a world separate from the musician, a world of which we have only touched the surface” (34). Parker’s autochthon approach to music—as of the earth—is similar to Christopher Small’s assertion, in Musicking, that “No human being ever invents anything from nothing but is guided always in his invention by the assumptions, the practices and the customs of the society in which he or she lives—in other words, by its style” (203). Music—whether in performance or in listening—is a malleable activity about making sense of the world, and not a “fixed” product. I agree with Small’s assertion that “[t]here is no such thing as music. Music is not a thing at all but an activity, something that people do” (2). By replacing the noun “music” with the verb “musicking,” Small highlights that each musical work is not an autonomous creation of one-way communication between creator and audience, but rather a social undertaking where musical works ultimately exist in order to give performers something to perform. There is no correct way to play music.

“Once you free your mind about a concept of harmony and music being correct, you can do whatever you want. So, nobody told me what to do, and there was no preconception of what to do.”
-Giovanni Giorgio Moroder, “Giorgio by Moroder”

While Parker and Small are working in jazz and classical mediums I think that the same ideology can be said for popular musics, as the above quote from Giorgio Moroder emphasizes. The quote from Moroder is taken from the song “Giorgio by Moroder” from electronic music duo Daft Punk’s latest release, Random Access Memories (2013). The song features a monologue by Giorgio Moroder, who speaks about his early life and musical career.

Giorgio Moroder is an influential record producer, performer and songwriter, known as an innovator of synth-pop, dance, disco, rock, and various electronic musics, as well as for his work on various film soundtracks. In the 1970s in Munich he started his own record label called Oasis Records, which became a subdivision of Casablanca Records. Through Oasis/Casablanca he released many disco era hits, including Donna Summer’s “Love to Love You Baby.” He is also the founder of Musicland Studios in Munich, a popular studio that was used by Queen, Elton John, Electric Light Orchestra, and Led Zeppelin, among others. He has widely collaborated and his compositions have been sampled numerous times in electronic and hip-hop music.

Have a listen to what might be my favourite song off the new Daft Punk record:

Small, Christopher. Musicking: The Meanings of Performing and Listening. Hanover: Wesleyan UP, 1998. Print.