“Manifesto’s point of origin lies in hip hop culture – in its spirit of ingenuity, raw creativity, and people power, but we strive to stay out of boxes and create a platform with the potential to act as a catalyst for cross-pollination, collaboration, and the growth of new forms in this city of wildly talented people.” -Manifesto website.

The annual Manifesto Festival of Community & Culture is one of the reasons I love living right beside the Yonge-Dundas Sq.

Manifesto is a non-for-profit grassroots organization with a focus on youth and hip-hop culture, with the aims to educate, unify, and provide amazing music to the masses. The local and the global combine for four days of live events featuring musicians, producers, visual artists, and dancers, to panels with industry experts and even mentor sessions, and this year’s festival had even more in store than previous iterations.  Another great thing about Manifesto is that it brings hip-hop legends to Toronto – for free! In 2011, I saw Rakim rock the stage, and in 2012 Pharoahe Monch killed it live with hip-hop and local jazz upstarts, BadBadNotGood.

This year’s festival featured amazing headliners, including soon to be big Jhené Aiko,  and the legendary Souls of Mischief crew,  celebrating their 20-year Anniversary of their classic, 93 ‘til Infinity! Souls of Mischief is a hip-hop group from Oakland, California, part of the hip-hop collective Hieroglyphics and consists of emcees A-Plus, Opio, Phesto, and Tajai. I remember seeing them back in 2003, and I can say with assurance, they are still every bit as dope 10 years later.

For those unacquainted with 90s hip-hop, here’s the video for “93 ‘til Infinity.”

…and here’s a recent remix of 93 ‘til Infinity aptly titled 93 Still by Gummy Soul.

…and here are some pictures I snapped of this year’s headliners. 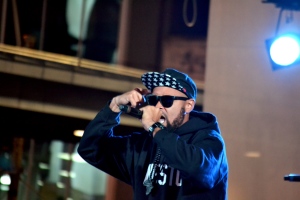 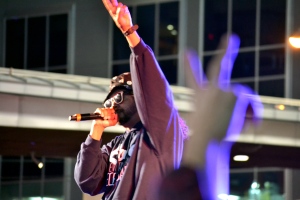