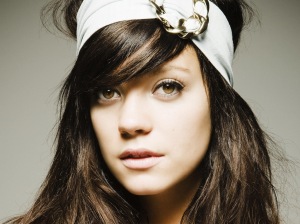 To watch pop music videos is to enter a world of contradiction. Fako Fitts, who interviewed various women on the set of hip-hop music videos, argues that “women are subjected to harsh physical scrutiny because their bodies are among the many commodities used to create the music video as an extended advertisement for the music products (songs, albums) sold by the record labels” (219). It is important to remember that ideologies of sex and misogyny, from a cultural perspective, do not appear in a cultural vacuum. bell hooks views the misogyny and sexist attitudes portrayed in gangster rap as “a reflection of the prevailing values in our society, values sustained by White supremacist capitalist patriarchy” (Outlaw Culture 135). Historically black women have had very little agency over their bodies, exemplified in the systemic raping of black women by their slave masters, to having their bodies displayed as sexually perverse (think Saartjie Baartman, aka, the “Hotentot” Venus), to pop markets where the black female body is often subsumed or appropriated in acts of minstrelsy by white pop stars.

In Outlaw Culture bell hooks examines sex and misogyny from a cultural perspective and provides examples to show that such ideologies do not appear in a cultural vacuum. hooks examines the blatant cultural appropriation and the fetishization of race that appears in Madonna’s Sex book, her videos, as well as her film Truth or Dare. Such misogyny and “white supremacist capitalist patriarchy” are hardly a bygone product of 90s music videos, because as I write this post there have been thousands of responses in defense or chastisement of the highly sexualized performance by pop star Miley Cyrus at the 2013 VMAs, as well as for the overt and provocatively sexual images in her video, “Wrecking Ball.” While many of these critiques or defenses have noted the sexist and patriarchal nature of the music industry, few focused on the fetishization of race in Cyrus’s work, particularly her appropriation of twerking—a sexually provocative dance move created by black women—and her reduction of black women (who appear as sexualized props in the background of that performance), as “lewd, lascivious, and uncontrollably sexualized” (“Solidarity is for Miley Cyrus”). As an unidentified author of a piece on the blog Jezebel states, “the subsequent ignoring of the racial implications of what she did is just the latest incident in the long line of things that shows me as a black woman, that white feminism does not want me, or care to have me” (“Solidarity”).

That preamble brings us to Lily Allen’s first song/video in four years, “Hard Out Here.” The song is a not so nuanced parody of a Three-6 Mafia track (flipping “pimp” with “bitch”); Robin Thicke’s “Blurred Lines” video; Miley Cyrus; and, well, essentially most commercial rap videos from the early 2000s and on. Allen flips Mafia’s “Hard Out Here for a Pimp” and makes it about the truncated opportunities and pressures women face to be sexy, pure, homemakers, or an uncanny combination of all three. At the centre of Allen’s fervent parody are the patriarchal forces who will do anything to sell records and control women’s bodies, as the white gatekeeper in the video asks, “How does somebody let themselves get like this?,” in reference to the (reasonable) weight Allen gained from her two pregnancies. While Lily Allen has always been one of the few mega-pop stars I admire, the video is also problematic. Allen is the only one who doesn’t have to take her clothes off, and there is certainly an element of holier-than-thou in her performance. In the video, Allen is the lone woman—the outlaw—who rejects the objectification of women’s bodies, presenting herself as the exception, problematic since she is one of the few white women in the video. Do the black women in the video not get to resist? If the song is about reclaiming ownership of one’s body, why is Allen the only one in the video who gets to do so? Regardless of these disturbing possibilities, I’m glad that Lily Allen is back in the pop-conversation, and while I still don’t have a solid opinion of the video yet, at the least, Allen continues some important conversations about women’s bodies and race appropriation in music videos. Check out the video for yourself: