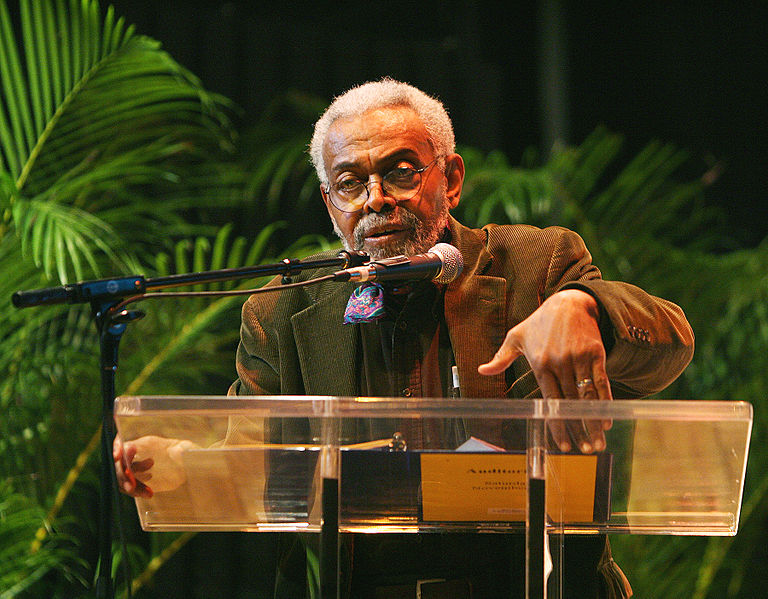 Amiri Baraka, a poet and playwright of incendiary rage and collective insight, who went from Beat poet to Black Nationalist and finally Marxist-Leninist, died today in Newark. He was 79. Among his most known works are the poetry collections The Dead Lecturer and Transbluesency: The Selected Poetry of Amiri Baraka/LeRoi Jones (1961-1965), his plays Dutchmen and A Black Mass, and his various works on Black music, such as Blues People and Black Music. Along with Ezra Pound, Amiri Baraka remains one of the most controversial and least understood American poets. As M.L. Rosenthal wrote, “No American poet since Pound has come closer to making poetry and politics reciprocal forms of action” (qtd. in Baraka Reader xxi). For Baraka, art was a weapon of revolution. Further, Baraka wrote some of the most insightful works on African American music, appropriately referring to the music as American classical music. His poetry was always musical, for as he states in Blues People, the poem must “swing—from verb to noun.” The “changing same” was his designation of the interplay between tradition and the individual talent in Afro-American music.

His creative writing shows how poetry can move through blues and jazz to black chant and graphic sound. His poem, “In the Tradition,” dedicated to alto saxophonist Arthur Blyth, opens with a slick alliterative line, followed by a quick twist that recalls music as a resistive province to slavery: “Blues walk weeps ragtime / Painting slavery” (Transbluesency 199). “In the Tradition” is an epic poem concerning historical events; like much of Baraka’s work it carefully wields together traditions to assert poetic agency. Baraka’s poem “Black Art” charges forth like a gorilla and  provides an Umwalzung—that is, a revolution—through a complete overturn of prior poetic systems, enacting one of the most ferocious black chants ever to appear on the page. Anti-Semitism aside, which the poem sadly has in abundance, “Black Art” is an improvisatory chant in the form of a free jazz poem. Baraka’s poetic violence disavows lyric voice in favour of a gruffer, more militant poetics: “Poems are bullshit unless they are / teeth or tress or lemons piled / on a step […] Fuck poems […] We want ‘poems that kill.’ / Assassin poems” (Transbluesency 142). While I can’t condone much of the poem’s content, its form, along with Baraka’s opus, altered the course of African American literary culture. It didn’t merely blacken the canon: it blew it into a million pieces.

Baraka is one of the most important poets and music critics of the twentieth century: full stop. The controversy and backlash over his public reading of his poem “Somebody Blew Up America,” as well as some of the homophobic, anti-Semitic, and misogyny of his middle period poems, often overshadow the incredible firebrand prowess and construction of Baraka’s cerebral and polemical thinking. Baraka lived a very tumultuous life and his poetry and social activism reflect that. He showed many young poets—across cultures and generations—that poetry could be a call to arms, as well as a tool to adequately express lived experience. His uncompromising, engaging, and, at times, problematic voice will be missed.

Check out this 2004 piece on why Amiri Baraka matters by poet Saul Williams in Fader.

Check out Baraka reading from “Why’s/Wise”: