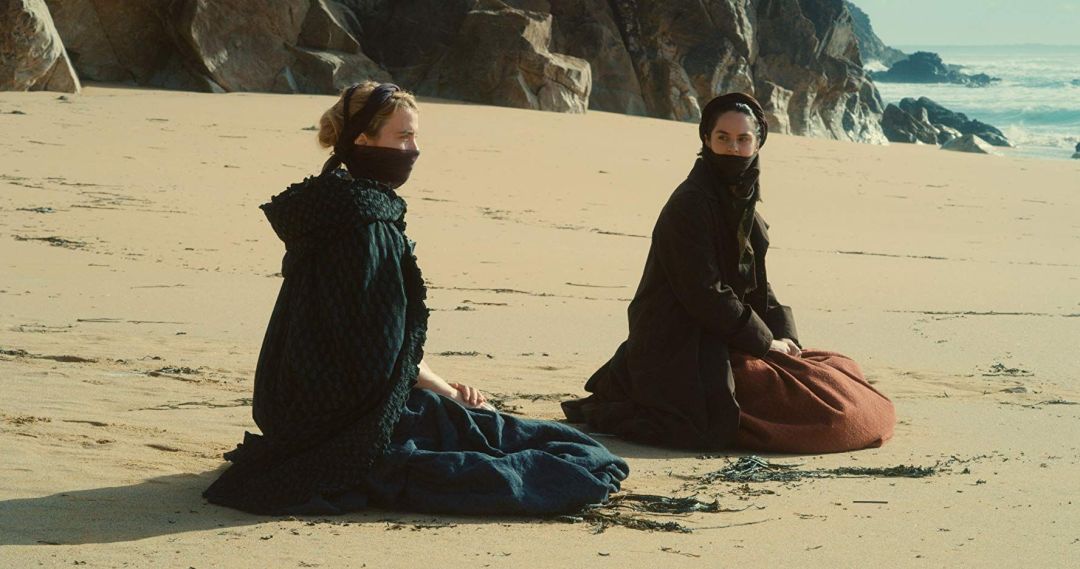 Spending more time indoors (due to COVID-19) means that I have more opportunity to catch up on films from my massive watch list. From those recent viewings, I am recommending three phenomenal films directed and written by women, all of which shared themes of psychological isolation and featured women finding their worth outside of the definitions and limitations imposed upon them by a patriarchal society.

The first film is Anna Rose Holmer’s debut, The Fits (2015). The film tells the story of Toni (played by Royalty Hightower): an 11-year old who trains with her brother at the boxing gym and then decides to join and fit into a girl’s dance troupe in the same community centre. The troupe begins to inexplicably suffer from a wave of violent fits. Holmer did a lot of research into real-life stories of seizure-like attacks affecting young women, going all the way back to cases like the dancing plague of 1518. On the surface, the film is a typical bildungsroman, but it is a much deeper film about what it feels like to be psychologically isolated while trying to navigate a fledging sense of self. The film does an excellent job of establishing mood and the final sequence is pure cinema. In fact, much of the film defies traditional dramatic convention in order to take us directly inside the head of Toni who is often framed looking at herself (through mirrors), her peers (through windows), and directly at the audience.

The next film is Jennifer Kent’s The Nightingale (2018). Of the three films, I recommend this one with some reserve and a warning that this is an extremely graphic and potentially very triggering movie. Where Kent’s The Babadook (2014) relied on implied psychical terror, The Nightingale is brutal and shows the full force of settler and patriarchal colonialism and its machinations of violence on women and Indigenous people. The story’s backdrop is colonization in Australia in 1825, and the film brings the violence through which the colony was established to the forefront: rape and violence inflicted upon children are prevalent throughout. I definitely got vibes of Jane Campion’s The Piano (1993), except where Indigenous people are mostly silent in Campion’s film, we do get a somewhat larger perspective of the effects of colonialism and racism through an excellent performance from Baykali Ganambarr as “Billy”: an Indigenous tracker who accompanies our central character as she seeks revenge on her oppressors. Roughly, the film is about an Irish women convict named Clare (played by Aisling Franciosi) seeking retribution for the atrocities committed against her and her family. The film deals directly with her psychological isolation and her lack of support, although she finds shared grief and solace with Billy who has also lost much to colonial violence.  Kent’s film provides an unflinching look at the British penal colony of Van Diemen’s Land (now the Australian state of Tasmania), and while it is hardly a film many would want to endure, its palpable anger and themes of redemption are ultimately rewarding: “I belong to me and no one else!”

The final film is Céline Sciamma’s Portrait of a Lady on Fire, or Portrait de la jeune fille en feu in French (2019). Portrait is a historical drama set in France during the late 18th century. It tells the story of a forbidden affair between an aristocrat and a painter. The painter—Marianne, played by Noémie Merlant—has been summoned to a remote seaside estate to paint a portrait of Héloïse (Adèle Haenel) to send to the family of her suitor (because Héloïse resists arranged marriage, Marianne is charged with painting in secret). The film is full of tension as the two women come to know each other through sustained gaze, expression, and eventually through physical intimacy. Spectacularly, this romance unfolds outside the world of men (and without men on screen) as these two women (and the house servant Sophie, played by Luàna Bajrami) learn to see themselves outside the confines of patriarchy. This film said so much about the nature of the gaze and the frames (boxes) in which the women felt confined. I was captivated by every second of this film and found Claire Mathon’s cinematography a revelation (her stellar work can also be seen in Atlantics, another film I highly recommend). Lastly, the extended use of music for the final shot— Presto from “Summer” from Vivaldi’s Four Seasons—reminded me of the great French director Claire Denis, and is a moment that lingers long after the film. If you enjoyed this film, make sure you check out other excellent work by Sciamma including Tomboy (2011) and Girlhood (2014).

A few other recent films by women with similar themes to the above that I would recommend include Dee Rees‘ Pariah (2011), Ana Lily Amirpour’s A Girls Walks Home Alone at Night (2014), Lulu Wang’s The Farewell (2019), and Mati Diop’s Atlantics (2019; Diop was the first Black woman to direct a film featured in competition at Cannes).

What did you think of the films if you’ve seen any of them? Feel free to drop a comment below, and happy watching.

Also, remember to wear masks and social distance (as excellently demonstrated in Portrait of a Lady on Fire).

I’m really enjoying the newly released live recording of A Love Supreme, which was recently discovered from a 1965 private tape. Coltrane and his band (with Pharoah Sanders) are at the edge Coltrane’s budding avant-garde inspirations and it’s a beautiful and powerful listen. #johncoltrane #pharoahsanders #alovesupreme #alovesupremeliveinseattle
I was stoked to find a copy of Promises by Floating Points, Pharoah Sanders, and The London Symphony Orchestra at my local record shop (@fascinating_rhythm_nanaimo). It’s such a beautiful record and a late-career gem from Pharoah Sanders! #floatingpoints #pharoahsanders #londonsymphonyorchestra #promises
Morning spin: #chillygonzales #solopiano
Allison Miller’s Boom Tic Boom’s Otis Was A Polar Bear is an adventurous, creative, and fun listen. #allisonmiller #otiswasapolarbear #jazz
Rest in Power Lee “Scratch” Perry. He was a true pioneer of sound. #leescratchperry #superape #dub #reggae
Enjoying these two late 70s gems from Alice Coltrane today: #transcendence and #transfiguration. #alicecoltrane #jazz
Loading Comments...
%d bloggers like this: